It is a race between the three big smartphone OSes (iOS, Android and Windows Phone) to have the latest and best functionality. Some of us has chosen to hang on to that race by either updating current phones to the latest version of the OS, or purchasing the latest phone models (that seems to pop up every 3 months).

Others are nostalgic and tries to make their old device live for some longer.

Others again are nerds doing both. I for one still have my good old Nokia N8 and my precious Nokia 808 PureView in addition to my Nokia Lumia 1020.

But what do we do when old OSes die?

Nokia killed Symbian and the Nokia App Store for Symbian

There once was an operating system that was even bigger than Android and iOS; namely Symbian. It powered all smartphones from Nokia, lately the famous camera phone Nokia 808 PureView. Nokia and Stephen Elop said when launching the first Nokia/Microsoft partnership back in February 2011 that they would support Symbian devices until 2016.

But as you might know, Nokia officially ended their support for Symbian and Nokia Store for Symbian as of January 1st 2014. This means that there is no working, official Nokia App Store for devices like the 808, the Nokia C7, E7, N8 and so on. 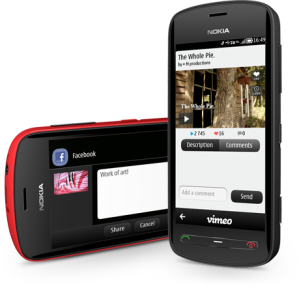 Fortunately there are some enthusiasts out there, still supporting old OSes like Symbian. One of the biggest enthusiast are Steve Litchfield; he has almost done more for Nokia and Symbian than anyone else by testing devices, blogging, making podcasts and so on over the years.

How to get App List on your Symbian device

All you have to do is to visit this site from the browser on your device, then select download to install the app. The App List works very well, it is fast and it has lots of apps. You’ll even get updates to your existing apps!

For more information on App List and how to use it, you should visit AllAboutSymbian, managed by Steve.

To keep on using your Symbian device installing App List is the only way to get updated apps for your Symbian device. And as you know, there are frequent changes in how apps work, especially third party apps for Twitter, Facebook, Foursqare and so on. So if you want such apps to still work on your device, install App List and update those apps.

Previously I was blogging in Norwegian only. As my blog has had frequent visits over the years from other countries than Norway, I’ve decided to write some blog posts in English from now on.